The ITB is taking place annually in Berlin and I have been visiting it quite often over the last years, this time it was my third visit in a row. Every year I use it to get inspiration and news from the tourism branch and actually this is the best trade fair to do that at. Almost every country in the world is represented by their tourism board and private companies such as hotels, airlines and tour operators. Some impressive numbers to see how diverse this trade fair is:

The fairground hall in Berlin offers 160,000 square meters of area for exhibitions, all of that has been used during the ITB where about 10,000 companies from 184 countries represented themselves. More than 5000 journalists and 450 bloggers from all over the world are reporting about it (Source).

This year my visit became not that easy as my flights were canceled due to a strike of the ground staff at Berlin’s airports. I had to take the train, a 4.5 hour ride from my home, not too bad, but if you planned to go and return on the same day, hearing your flights being canceled one day before departure is nothing you want to hear. Nonetheless I took the train (lucky we have good public transport in Germany) and arrived at the fairgrounds at 9:30 am.

For sure my goal was to walk through every single hall, see what’s new and interesting and stop at booths that are catching me or from which I want to get information from for future travels.

The halls are themed so that countries from similar regions are in one hall together (such as the Middle East, Scandinavia or the Caribbean), beside that there are different halls with touristic companies such as schools, IT and Technology companies or online companies.

I started to walk through the country themed halls. There’s almost no country missing here (most missing countries are in current state of war or have other political problems), so that you can get information to almost everything touristy you can do on this planet. I always like the country booths where the national tourism board is present as it gives a little more independent view onto the country than private companies do. But every booth already gives an insight into what the country wants to represent. Estonia for example put their focus on the countries nature: 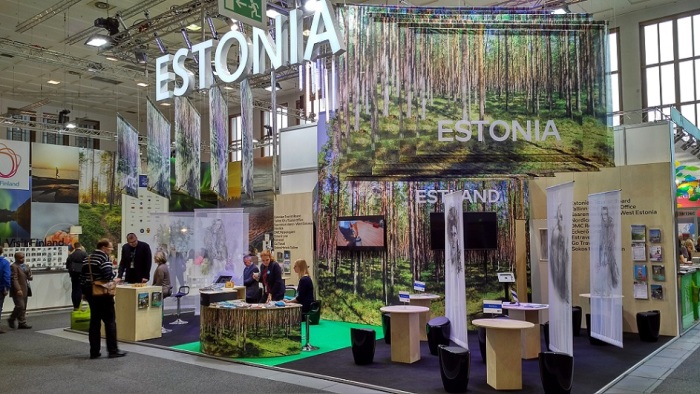 While other countries pointed out interesting art: 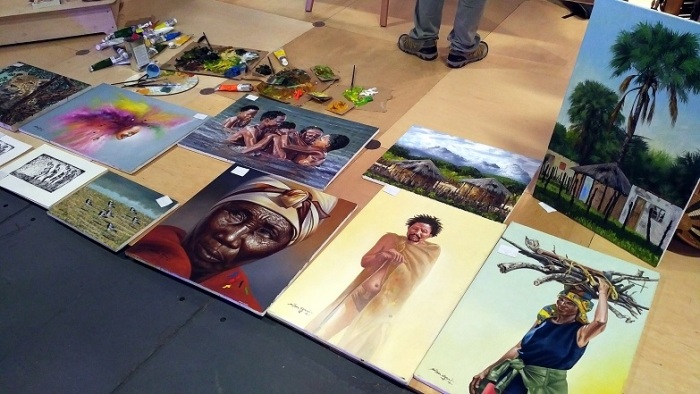 Always interesting are the booths of countries that are not that present in our travel agencies or the media such as Swaziland, Lesotho, the Central Asian countries or just some of the Pacific Island states that most people have never heard of. It opens the eyes that those countries also have a lot to offer and are welcoming travelers from all over the world, at the same time you can get information on what to discover there and how to do it.

If you are interested in transportation, there is also much to see at the ITB: many airlines, cruise companies, rail and bus networks are presenting the service to the public. Quite popular are the airlines presenting their cabin design in the different classes. This year my favorites were Emirates with their flying bar in the Airbus A380: 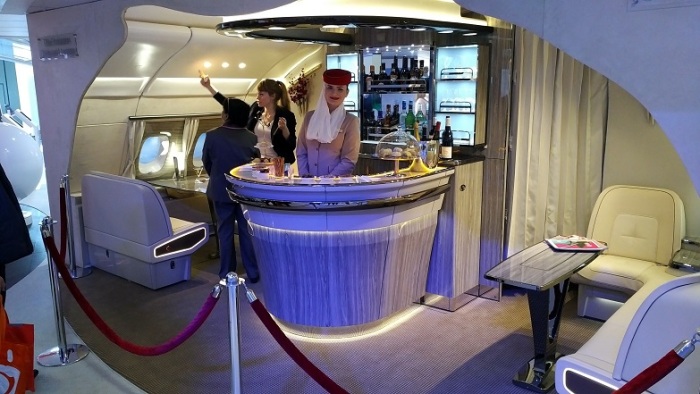 The new Qatar Airways Business Class (which I didn’t take a picture of unfortunately 😦 ) and the current tidy Air Berlin cabin:

After walking through the halls for some hours and stopping by at the booths of many countries, I visited the other halls, especially those where the IT and Technology companies are located. Unfortunately this year there was almost no interesting software or gadget for end customers, most was for travel agencies, tour operators and hotels to organize and improve their business structures.

Quite something new was the presented robot that is meant to help customers and give them guidance or information for example in hotels or at airports. It interacts with customers through a touch screen and audio instructions. It was actually quite fast and responsive, not as many robots that have been presented over the last years, so let’s see if and when I will meet Pepper again apart from a presentation.

As at that point it became already 5 pm and the fair was about to close within the next hour I decided to end my visit. I’ve seen a lot this year, got some useful information on trips we are planning to make and the inspiration I got at the ITB was great again. I’m sure I’ll return next year as I don’t want to miss any new things that might help me on the hard decision where to travel in future 🙂

As the Reichstag is nearby Berlin Main Station, I gave it visit and took a last photo here after having some pasta for dinner. One good thing about that I had to take the train back home and arrived at home late at night: I had the possibility to take a few naps as I was a little tired out after this long day 😉

If you want to visit the ITB, too, go to their homepage www.itb-berlin.com to get information about the next dates and buy tickets. Getting to Berlin is not that hard (as long as the airport staff is on duty):

Trains and coaches from all over Europe go to Berlin, beside that there are lots of flights to the city’s two airports Tegel (TXL) and Schönefeld (SXF). From within Europe many airlines such as Lufthansa, Eurowings, Air Berlin, British Airways, LOT, Air France, Ryanair, Easy Jet and Wizzair are offering flights to Berlin, if you come in from another continent direct flights into Berlin are operated by Air Berlin (from Abu Dhabi, Chicago, Los Angeles, Miami, New York, San Francisco and Tel Aviv), Hainan Airlines (from Beijing), Qatar Airways (from Doha) and United Airlines (from Newark) for example.

Thank you for reading, we hope we were able to give you some interesting insight into our visit.

This site uses Akismet to reduce spam. Learn how your comment data is processed. 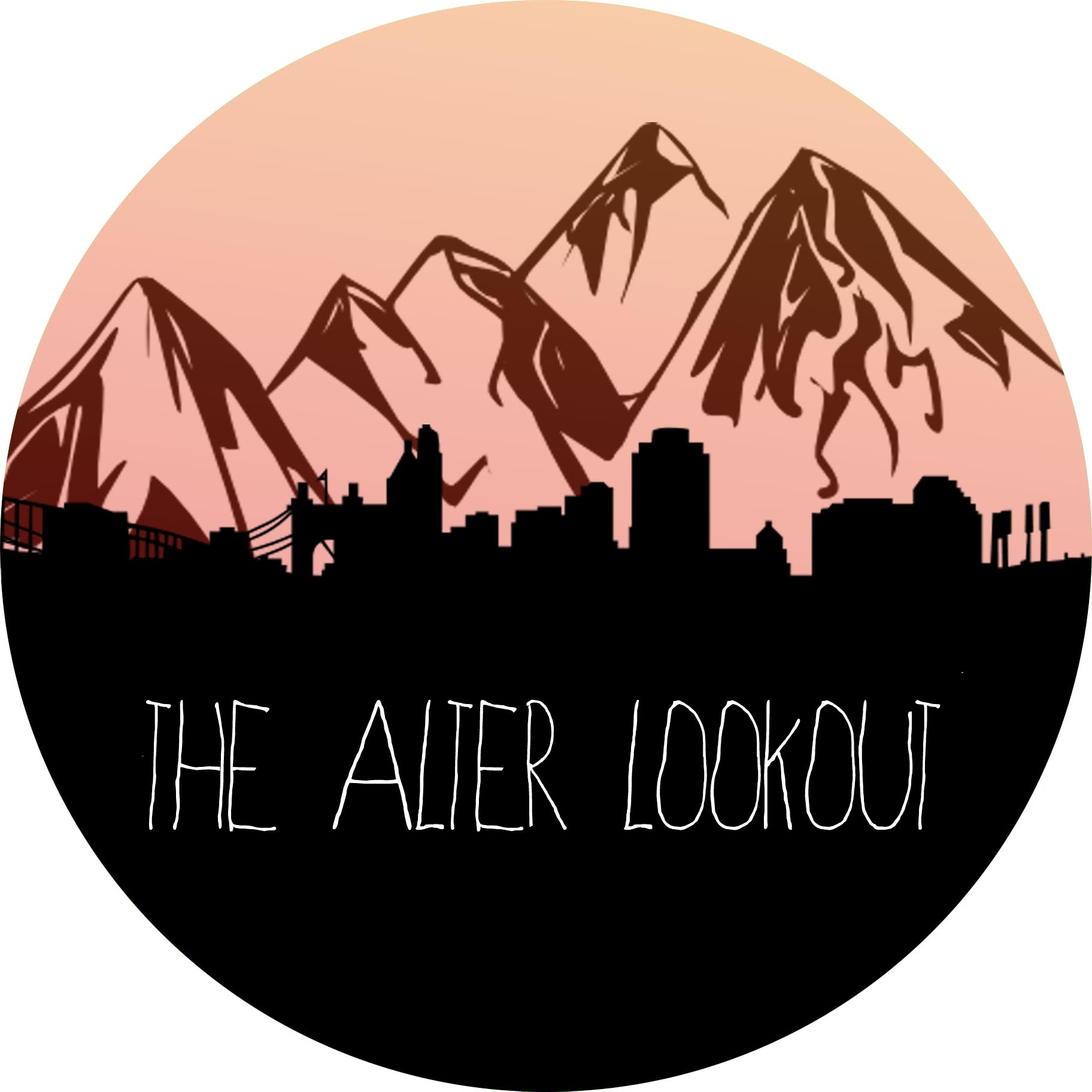